It’s so hot in India right now that the streets are literally melting.

Soaring summer temperatures in India have left over 1,100 people dead over the past month, officials said Wednesday.

Most of the deaths have been reported in the southeastern states of Andhra Pradesh and Telengana.

More than 852 people have died from the stifling heat in Andhra Pradesh since May 13, a government statement said. In neighboring Telengana 266 have died from heat-related causes, Bhambal Ram Meena, a top official in the disaster management department, said.

Over the last two days temperatures in both states have reduced marginally but continue to hover near 45 degrees Celsius.

Public announcements have urged people to drink water and try and avoid going outdoors during the hottest hours of the day.

The Indian Express newspaper said the temperatures in the current heat wave were 5 to 6 degrees Celsius above normal, and forecasting service AccuWeather said it was the most intense heat wave in recent years.

Hot, dry winds have also swept across New Delhi and most parts of north and central India. In the cities, large crowds of office workers gather around stalls selling cold fruit drinks and iced water.

Weather officials say the sweltering temperatures are likely to continue for at least another week. Monsoon rains, expected to arrive in the southern state of Kerala in the first week of June, should bring some respite. The monsoon season runs through September as the rains gradually cover the entire country.

Compliments of The Big Story

A court in eastern China fined a manufacturer of weed killer 75 million yuan ($12 million) and imprisoned employees of the company and its contractors for discharging wastewater that severely polluted streams.

The fine levied by the Longyou county court on Jinfanda Biochemical Co., which makes glyphosate, was the largest ever for a polluter in Zhejiang province, state media reported Tuesday. Zhejiang is one of the most prosperous but also most polluted provinces in China.

Rapid economic growth and lax enforcement of regulations has caused severe environmental damage throughout China. Beijing has promised to strictly enforce environmental laws and severely punish polluters in response to rising demands from citizens that air, water and soil be cleaned up.

In April, Beijing environmental officials fined a french fry supplier to the McDonald’s restaurant chain 3.8 million yuan for releasing dirty wastewater. It was the biggest pollution fine ever ordered by the city.

The nine-mile Santa Barbara coastline hit by an oil spill on Tuesday is even worse off than expected.

Officials now say about 105,000 gallons of crude oil have spilled into Refugio State Beach, up from five times the original predictions. It may take months before the beach is restored, U.S. Coast Guard Capt. Jennifer Williams said at a news conference.

The pipe was carrying about 2,000 barrels of oil an hour, according to Plains All American, the company who owns the pipeline.

The company says it “deeply regrets” the spill. The oil transportation company has been fined at least 10 times for oil spill violations in four other states between 2004 and 2007, according to reports. The Houston-based company has been deemed the “worst violators” by the U.S. Pipeline and Hazardous Materials Administration.

Investigators are uncertain as to what caused the devastating spill, but rescuers are working around the clock to get a handle on the environmental disaster. So far, carcasses of petroleum-soaked pelicans have been found, along with live oil-covered pelicans, sea lions, and elephant seals.

The massive oil spill comes as California is battling another major environmental problem: A historic draught has devastated farms in the state and led to unprecedented restrictions on water usage.

As a first responder I am more interested in the “after action report” of the disaster/hazard/emergency rather than video footage. These reports provide insight, strategies and tactics that can be used in future incidents.

Anyone who wants improve their skills I strongly suggest you begin reading these reports more frequently.  #SIAisSocialCapital

YKFW – WE need to Prepare Autonomous Sustainable Solutions ( PASS) for All Hoptimally with SIA ( Sincerity, Integrity and Accountability)

Closer American ties with one of the world’s major cigar exporters could actually be good news in the fight against lung cancer. Cuba has developed Cimavax, an effective lung cancer vaccine, and American researchers can now finally get their hands on it, reports Wired. After New York Gov. Andrew Cuomo visited Cuba for a trade mission last month, the Buffalo-based Roswell Park Cancer Institute struck a deal with Havana’s Center of Molecular Immunology to develop a vaccine, allowing clinical trials involving Cimavax to begin in the US, Bloomberg reports. Cimavax, which stops tumors from growing, was 25 years in the making and has been available for free to Cuban patients since 2011, Wired reports.

So how did such a small and poor country create a world-leading therapeutic vaccine? Roswell Park CEO Candace Johnson, who hopes to start clinical trials in the U.S. within a year, tells Wired that the country’s biotech industry has thrived despite—and perhaps even because of—the U.S. embargo. “They’ve had to do more with less, so they’ve had to be even more innovative with how they approach things,” she says. “For over 40 years, they have had a preeminent immunology community.” Experts say they’re excited not just by the potential of Cimavax, but by other novel Cuban cancer treatments that could now be available to US researchers. (The U.S. has approved thefirst ferry service to Cuba in 50 years.)

A strong 6.8-magnitude earthquake has struck off the coast of northeastern Japan, but authorities have not issued a tsunami warning and there are no immediate reports of damage.

The quake struck at 6.12am (7.12am AEST) off the east coast of Japan’s Honshu island in the Pacific Ocean at a depth of 38.9km, according to the US Geological Survey.

Japan’s meteorological agency said there was no immediate tsunami threat from the quake, which hit 33km southeast of the nearest city of Ofunato.

Large areas jolted by the latest tremor were among those damaged by the 2011 quake and tsunami that killed more than 18,000 people and triggered a nuclear meltdown at the Fukushima power plant.

Wednesday’s quake did not damage any of the nuclear reactors in the region, including those at the crippled Fukushima facility, Japan’s public broadcaster NHK said.

All of Japan’s reactors have been off-line since the Fukushima disaster.

Japan’s islands are situated at the juncture of several tectonic plates and experience a number of relatively violent quakes every year.

But building codes are rigorous and regular disaster drills are held, helping to ensure that despite their frequency and magnitude, quakes usually pass without loss of life or significant damage to property. 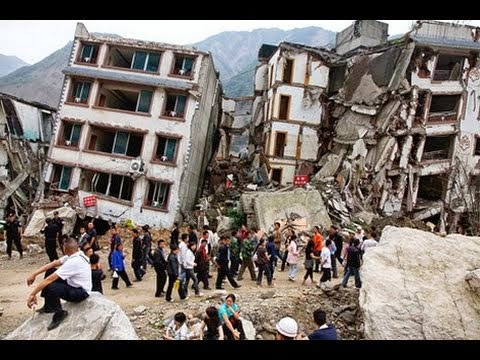 “The acquisition and development of longer-range UAVs will increase China’s ability to conduct long-range reconnaissance and strike operations,” the report said.

China’s ability to use drones is increasing and the report said China “plans to produce upwards of 41,800 land- and sea-based unmanned systems, worth about $10.5 billion, between 2014 and 2023.”

Compliments of The Guardian

A 17-year-old Melbourne boy has been charged with planning a terrorism attack using homemade bombs.

The teenager was charged with terrorism-related offences following a raid at a house in Greenvale in Melbourne’s north on Friday night.

It is alleged he was preparing a terrorist attack in Australia, an allegation that has left his family shocked and distraught.

While police say they can’t be sure where or when the attack would occur,Australian federal police deputy commissioner Michael Phelan says they are sure the threat was “imminent”.

He described the three improvised explosive devices found at the home as “rudimentary”, but said the raids were necessary to protect the public.

The bomb squad later detonated the explosive devices at a nearby park after setting up an exclusion zone.

“As a result of Australian federal police and Victoria police actions yesterday, some Victorians are going to be alive because of it,” Phelan said on Saturday.

Equipment associated with making explosive devices was also found during a search of the property, he said.

Victorian acting deputy commissioner Robert Hill said the case had been subject to an intense investigation “especially over the last nine days”, following a tip-off from a member of the public.

He said he was confident police had this particular threat contained and that no other family members were involved.

“We have dealt with his family … they are now very, very distraught as a consequence of what is alleged,” Hill said. “It has undoubtedly taken them by surprise.”

Due to the youth’s age, police were careful in what they could say on Saturday, but Phelan said it was “deeply troubling” that young people would consider engaging in such acts.

The young man has been remanded in custody and is expected to face a closed children’s court hearing on Monday.

His name will not be released.

The prime minister, Tony Abbott, who was in Darwin, said it was a “tragic truth” that there were people who wanted to do Australians harm.

“The best thing you can do right now is live your life normally because the point of terrorism is to scare us out of being ourselves,” Abbott said.

“Because after all, our freedom, our fairness, our tolerance, our welcome to people from all around the world … that’s what the death cult and its supporters hate.”

A string of moderate earthquakes has rattled the East Bay Sunday, shaking buildings. There were no immediate reports of injuries or damage.

The U.S. Geological Survey says an earthquake with a preliminary magnitude of 4.0 hit at 2:13 p.m. Sunday.  That quake was later downgraded to a 3.6 by the USGS. It was centered a mile south of Concord, along the Concord fault.

The earthquakes struck at a depth of 8 to 9 miles.  Deeper quakes are less noticeable while a shallow quake–in the 0 to 40 mile depth range–can feel much stronger than their actual reported magnitude. Quakes just below the earth’s surface, in the 0 to 10 miles range, can cause even more damage at lower magnitudes.

“A four’s just sort of a nice little warning that you’re dealing with something that has the potential to be bigger,” USGS Seismologist Dr. David Schwartz said.

Sunday’s quakes may have ruptured a water line four miles away in Walnut Creek that was reported leaking about an hour after the shaking stopped.

Thousands of Bay Area residents reported feeling the shaking on the USGS Did You Feel It site, and on social media sites like Twitter.

Irish Girl tweeted, “Nothing like an Earthquake to shake up a lazy Sunday!”

Nothing like an Earthquake to shake up a lazy Sunday!

Yo~ongie tweeted, “@BamBam1A did you feel the earthquake? Welcome to the state of Earthquakes.”

@BamBam1A did you feel the earthquake? Welcome to the state of Earthquakes.

In Southern California, a magnitude of 3.9 hit the Los Angeles area at 4:07 a.m. Sunday. That quake was centered a mile northwest of the View Park-Windsor Hills neighborhood, just north of the cities of Inglewood and Culver City.  A magnitude-3.5 earthquake hit that same area on April 12.

The Los Angeles quake struck while many residents were sleeping, and the timing of the Bay Area quakes Sunday was not lost on social media users.

Zachary Burkett tweeted, “It was nice of the northern California earthquake to show up in the mid afternoon instead of the stupid 4 AM jolt down here this morning.”

It was nice of the northern California earthquake to show up in the mid afternoon instead of the stupid 4 AM jolt down here this morning.