State officials on Thursday announced that the leaking natural gas well in Porter Ranch that spewed plumes of methane and other compounds into the atmosphere has been sealed.

“We have good news. The Division of Oil and Gas has confirmed that the leak in the Aliso Canyon storage field is permanently sealed,” Jason Marshall, chief deputy director of the state Department of Conservation, said at a news conference at a Southern California Gas Co. office in Chatsworth.

The news put an end to four months of foul air that sickened many residents and forced thousands of people to relocate to temporary housing far from the leaking well. Crewsreached the leak last week and injected heavy fluids and then cement to seal it.

Dennis Arriola, president and chief executive of Southern California Gas, said the company would develop a plan to mitigate the damage the leaking well did to the environment and will support “forward-looking” regulations.

“To the residents of Porter Ranch and the surrounding communities, I want to tell you I recognize the disruption that this gas leak has caused to your lives,” Arriola said. “I know there is nothing that I can say that will change the past, but I know that measurable actions actually speak louder than words.”

The company said in a statement that the leaking well had been taken out of service. A local assistance center that will help residents and businesses recover from the leak will open Friday morning at the Mason Recreation Center in Chatsworth.

Residents who moved out of their homes were notified by phone, text and email Thursday morning that they have eight days to vacate their temporary housing that the gas company has been paying for. By early Thursday, residents of 1,800 households had returned to their homes, said Gillian Wright, vice president of customer service for the utility.

An estimated 4,000 reimbursement checks were to be issued on Thursday to residents who incurred expenses related to the gas leak, she said.

By Paris Finnie and Mikaela Valentino

On February 17, panic ensued when a bomb was set off in Turkey’s capital city, Ankara. A vehicle filled with explosives detonated alongside military busses, killing at least 28 people and leaving 61 injured.  Regrettably, officials have determined the explosion to be a suicide bombing, aimed at attacking Turkish Parliament. The location of the explosion resided next to Turkish military headquarters. President Erdogan has vowed to improve the nation’s self defense protocols against terrorist acts in response, and the United States has stated a firm alignment with their NATO allies.

Hours earlier, another explosion blew out the windows in a building of a Turkish Cultural Center near the Swedish capital. Luckily, in this incident, no one was injured. The spokesperson for the Turkish government declared the bombing: a “cowardly terrorist attack” after witnesses saw individuals throwing items into the building moments before the explosion. Though there are no suspects and no arrests thus far, the Turkish government has not ruled out a significant link between this bombing and the one in Ankara.  All things considering, could this entice Sweden to provide support for the Turkish defensive tactics alongside the US?

There has been a lot of activity in the Middle East as of late, especially after the oil prices have dropped to below $30 a barrel. Be advised to take caution and keep on alert for other influential events arising from that region of the world. 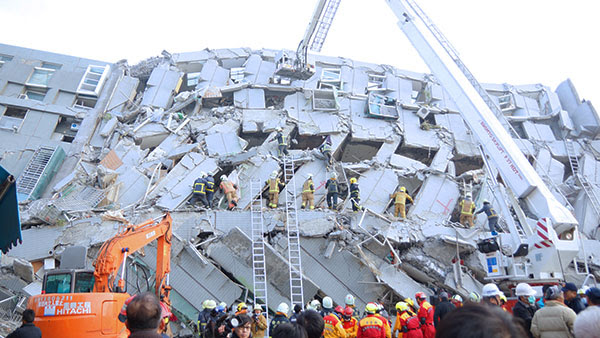 On Saturday, February 6th, a magnitude-6.4 earthquake hit southern Taiwan at3:57AM, causing 13 apartment buildings in the city of Tainan to collapse.
Latest reports estimate at least 34 people are dead, over 500 injured, and many still trapped in the rubble.

Tzu Chi volunteers in Tainan mobilized swiftly, setting up 15 service centers to help those affected by this tragic disaster, and support emergency rescue teams with hot meals as they labor day and night searching for survivors.

We need your help in this critical time.

Tzu Chi Foundation was born in Taiwan, but helps people around the world. Now is a time when we can show our love, by supporting the relief efforts at the heart of where this global humanitarian organization began.

However, new data from the Oswaldo Cruz Foundation in Recife, Pernambuco State, suggests a more common species called the Culex mosquito may also be transmitting the virus. The Zika virus can cause fever, rash, joint pain, and conjunctivitis. In some cases the virus can also cause Guillain Barre syndrome, a disease where the immune system attacks the nervous system, or microcephaly ( a condition where children are born with abnormally small heads) in babies who were carried by infected mothers.

The ratio of Culex mosquitoes to the Aedes species is over 20 times. Culex Mosquitoes can be found in the Americas, parts of Africa, and parts of Asia. Increasing the chances of a worldwide outbreak. At this time there is no known vaccine or cure for the virus, however scientists are stepping up the efforts to develop one.