They said 24 other people were wounded in the bombings, which occurred just as soldiers were about to break their day-long fast during the Muslim holy month of Ramadan.

The first explosion occurred as an attacker detonated his suicide vest at a checkpoint on Mukalla’s western approaches.

A second blast came from a bomb-laden car at the military intelligence headquarters, and the last was an improvised explosive device which went off as soldiers were about to begin their evening meal.

Mukalla, capital of the vast eastern province of Hadramout and an important shipping hub, was the center of a wealthy mini-state that Al Qaeda in the Arabian Peninsula (AQAP) built up over the past year as it took control of an almost 600-km (370-mile) band of Arabian Sea coastline.

In late April, Yemeni and Emirati soldiers wrested back Mukalla from AQAP, which put up little resistance before withdrawing its forces.

Islamic State’s Yemen branch carried out a suicide bombing in the southern port city of Aden on May 23 which killed 40 army recruits, the latest in a string of attacks claimed by the group.

Islamist militants have gained territory and freedom to operate thanks to a war raging for over a year in which government forces have been pitted against Iran-allied Houthi rebels who control the capital Sanaa.

Yemeni security officials believe there is an overlap between adherents of Al Qaeda and Islamic State, though the two groups are ideological rivals and compete for recruits.

“Sleeper cells still exist in Mukalla and we are working against them every day,” a security official said.

There are 151 Canadians about to get an uncomfortable phone call from police.

It may go something like this: “It’s probably nothing, but … your name appears to be on an ISIS kill list.”

Imagine getting that call. Imagine being the constable assigned to make it.

CBC has obtained a copy of the list, which contains the names, and email and physical addresses of some 8,300 people around the globe. It’s hard to tell what unites them.

The Canadian names are mostly of women, from predominantly small centres in Canada, although there are some from large cities, too. 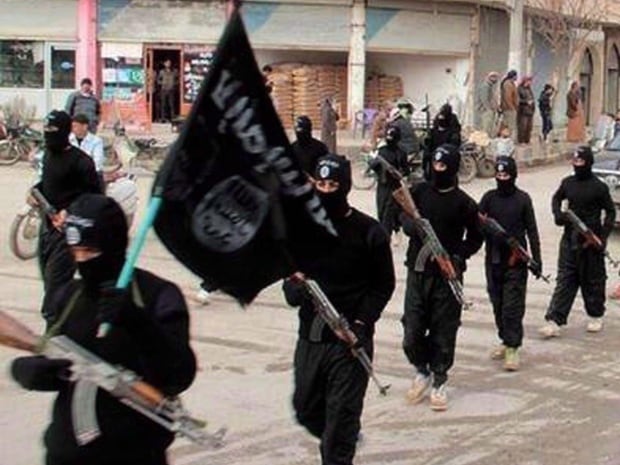 There are lots of theories as to how the names got on the list. What seems clear is they weren’t hand-picked. These don’t appear to be people targeted for who they are or what they have said or done. It doesn’t even seem like the names were entered manually. Some appear multiple times.

In analyzing the Canadian data, CBC has learned that most email addresses (71 per cent) appear to have been hacked at some point, either in an old LinkedIn hack or one from Myspace or Adobe. It is possible the information from those hacks was simply pushed around from group to group. Some of the information may exist in the public domain.

MEMRI’s Elliot Zwig says the first call was to police.

An ‘Islamic State’ killer has stabbed a top cop and his wife to death in their Paris home.

Jean-Baptiste Salvaing, 42, a police commander, suffered nine stomach wounds in the ‘terror attack’ at his suburban house in the Yvelines department, north of Paris, shortly after 8.30pm.

His wife’s body was found in the property after elite RAID commandos stormed the building and killed the attacker.

The only survivor was the couple’s three-year-old son.

There were also unconfirmed claims that the attacker had discussed his “affiliation to ISIS”during negotiations with the police.

An ‘Islamic State’ killer has stabbed a top cop and his wife to death in their Paris home.

Jean-Baptiste Salvaing, 42, a police commander, suffered nine stomach wounds in the ‘terror attack’ at his suburban house in the Yvelines department, north of Paris, shortly after 8.30pm.

His wife’s body was found in the property after elite RAID commandos stormed the building and killed the attacker.

The only survivor was the couple’s three-year-old son.

There were also unconfirmed claims that the attacker had discussed his “affiliation to ISIS”during negotiations with the police.

Athorities on Sunday were trying to determine the intentions of an Indiana man with a cache of weapons, ammunition and explosive-making materials in his car and apparent plans to attend the L.A. Pride festival in West Hollywood.

Santa Monica Police Chief Jacqueline Seabrooks initially said on Twitter that the 20-year-old man told one of her officers after he was arrested that he wanted “to harm Gay Pride event.”

But Lt. Saul Rodriguez said later the tweet was a misstatement. He said the suspect told investigators that he was going to the Pride festival but said he did not make additional statements about his intentions.

“It was a misstatement,” Rodriguez said. “Unfortunately, she was given incorrect information initially, which indicated that that statement was made; however, that statement never was made. He did indicate that he was planning on going to the Pride festival but beyond anything as far as motives or his intentions that statement was never made nor did any officer receive that statement.”

Police identified the suspect as James Wesley Howell of Indiana. A Facebook page for someone with the same name in Indiana shows a young man posing next to a white Acura with the same license plate as the car searched in Santa Monica for the weapons and explosives.

At a news conference Sunday afternoon, police stressed they were still trying to figure out what Howell planned to do with the weapons.

Greeson said Howell’s family in Jeffersonville hadn’t seen him for days and that his parents had called Greeson’s parents looking for him.

He added that Howell was known to have a gun collection.

Four people were killed and six others were wounded in a shooting attack at a food and shopping center in Tel Aviv on Wednesday, after two Palestinian gunmen opened fire on passersby. Netanyahu called a security briefing in Tel Aviv.
All of the wounded were evacuated to nearby hospitals. One of the shooters was captured by police and taken in for questioning, and the other was taken to Ichilov Hospital in serious but stable condition.

Police said they had no prior knowledge of the two Palestinian attackers, who entered Israel illegally. Palestinian sources said the attackers were members of the same family and are from the Hebron area.
The attack took place at Sarona Market, an upscale food and retail center located opposite to the military headquarters in central Tel Aviv and near government buildings. Police said they received a call at 9:30 P.M. regarding shootings heard at Sarona. As emergency forces were making their way to the scene, there was another of a shooting incident at near the food and shopping center.
According to initial reports, two armed men dressed in suits opened fire at passersby near the Benedict restaurant. A shooter then reportedly opened fire at the nearby Ha’arbaa Street, where he was eventually captured by police.